San Francisco’s Municipal Transportation Agency has two very different approaches to engineering and design work. For anything serious like the Central Subway or the new bus terminal they contract the work out to a competent licensed engineering company. For the small projects, quick fixes and minor adjustments to the traffic flow they do it in-house.  All the City Bike Route planning and implementation falls in the latter category.

SFMTA traffic planners doubling as the architects of the bike paths presents certain conflicts of interest as well as other problems.

Safety to system users of every sort is compromised by this in-house hyper political decision making. Transparency and accountability are likewise out the window. Another casualty is basic communication, the ability of neighborhood residents to work with The City to address transportation issues on our doorsteps.

What does this mean in plain English to someone living in the Castro/Upper Market/Lower Haight/Mission Dolores area? It means we have no coherent transportation plan that we can point to. None. Our surface streets are turning into highways for people passing through to the detriment of our neighborhoods. In the absence of a well planned local transportation grid the first casualty is safety. 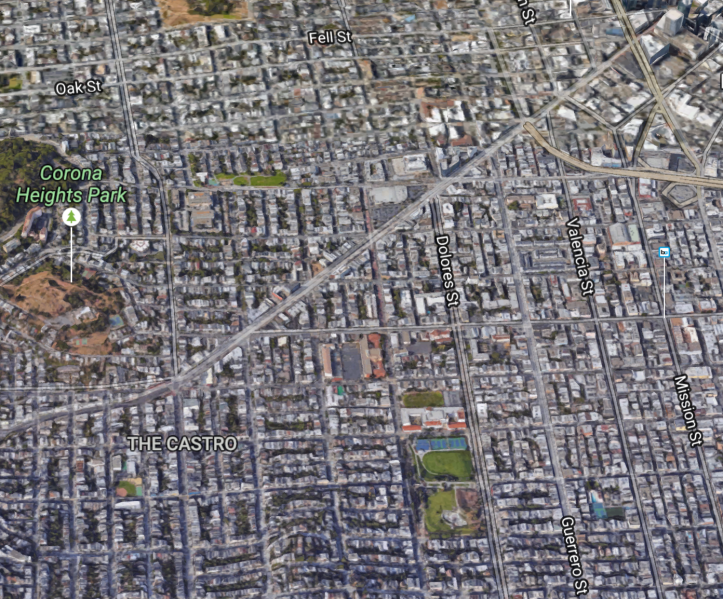 This problem geographically spans several middle city neighborhoods all nestled at the Eastern base of Twin Peaks in a relatively flat area that appeals to all vehicles that roll as well as people walking, bicycling and jogging. It creates kill and maim zones for pedestrians and bicyclists trying to use their local streets, crosswalks, bike routes and sidewalks.

Simply put, this problem is too big for the in-house crew of SFMTA traffic engineers to solve. They employ the standard slow motion “whack a mole” approach and it is painfully dysfunctional to witness. When they don’t want to do something for in-house political reasons they can be outright mendacious. On 17th Street it’s the tracks, on Market Street its the traffic lights, wherever you look you will see SFMTA defending the status quo.

So why don’t we ask Parsons Brinkerhoff to conduct an Engineering and Design Study of our local transportation grid to facilitate a set of goals that we all agree on? [There are many other alternatives to this company, I chose them as an example.]

It is right up their alley. SFMTA farms these type projects out to Parsons Brinkerhoff all the time. They do great work fast. For the record they practically designed Muni.

Exhibit One — SF Board of Supervisors are asking Parsons Brinkerhoff to design Treasure Island’s toll facility.

But I saved the best for last. Parsons Brinkerhoff wants parents carrying children on  bicycles to feel safer and they are actively promoting this goal. This is the exact opposite of SFMTA. Our local transportation monopoly deliberately maintains serious hazards known to harm parents riding with small children right smack in the center of City Bicycle Route 40 (aka 17th Street between Church and Sanchez Streets).

So that’s just a few reasons to consider giving these folks a shot at some local design work. The general advantage of using more than one design group is competition. The advantage of going outside SFMTA is credibility. An outside firm would be a neutral party, not subject to political considerations like SFMTA, a government transit agency that lives off local, state and federal tax subsidies.