The Condition of Our Pavement

As California prepares to spend money on road repair it seems like a good time to bone up on local road conditions in the Castro Upper Market area starting with good ole 17th Street. We are categorized as a “collector” street as well as a city designated bike route so the range of vehicles using the pavement is diverse. Our street (the Church to Noe St. blocks of 17th) was last repaved in 1994, back when Frank Jordan was the Mayor. An added challenge to maintaining our street is the temporary “shoofly” tracks that were supposed to be removed in 1983 when the Market Street Subway was opened. In short, 17th street is a resource that many people count on but eventually someone has to foot the cost of maintaining.

The good news about street paving is the depth of knowledge and experience that is there for us to harvest. We know a lot about the longevity of asphalt and exactly how it breaks down. The bad news is that maintaining our city’s 850 miles or more of paved streets is very expensive. This enigma has been engaging local political and business leaders for several years running as the regional transportation crises has  tightened its grip.  The result of which is several reports we can refer to.

Lets start with a look at the Metropolitan Transportation Commission’s June 2011 overview: The Pothole Report: Can the Bay Area Have Better Roads? They explain the life cycle of pavement pretty good.

Next we need to look at the life cycle of asphalt and understand how the rest of the world describes such things. This is where the Pavement Condition Index comes into play. This is so important that San Francisco convened a working group in 2010 Chaired by (then) Supervisor David Chiu. That group wrote a report that should be required reading for residents. “Between a Pothole and a Hard Place: Funding Options for San Francisco’s Street Resurfacing Program (July 2010)” Lets look at it up close:

Let us turn our attention to 17th Street, just the two blocks from Church St. to Noe St. and take a look at the current conditions on the ground. This is old and massively patched up pavement last resurfaced in 1994. There is at least one broken pipe continual flow of water situation and many areas where the cracks are very deep and quite wide. The cement parking strip is beaten to hell and compromised in many spots, along with the curbs. The deep wide degraded flange ways that trap bike, scooter and motorcycle tires are covered in a different post. Our main concern here is the surfaces shared by moving cars and bicycles and streetcars.

Are we at the point where we need to bust out the half million per block and reconstruct several blocks of 17th Street? I honestly don’t think so. Not yet. But we are probably looking at $100,000 dollars per block resurfacing operations. And if I read the reports correctly we will need to consider reconstruction if we put this off much longer.

But there is one more document we need to look at. Every two years or so The City sends out teams of specialized road analysis people who go down every street in the entire city and grade the streets according to a very strict uniform standard. These historical records are kept by the Department of Public Works and are instrumental in guiding scarce road maintenance dollars to the streets that most need them.

I obtained those records for 17th Street between Church and Noe Streets. The most interesting thing is the change that occurred in 2010 “from an alternative pavement management system.” I can’t find a single word of explanation for this change but it lifted the PCI scores on 17th Street by close to twenty points without repairing a single square inch of blacktop.

Isn’t that convenient? Just as the data said the road needed to be resurfaced they changed the way they collected the data. Now the data just says the road needs a 10,000 dollar per block micro-surfacing pavement preservation treatment. I seriously hope that someone got a big fat pay raise and maybe even a promotion for that bit of gaming the system. 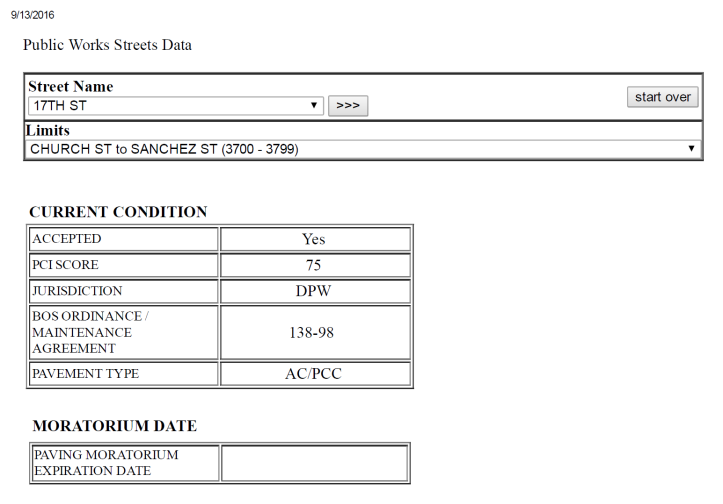 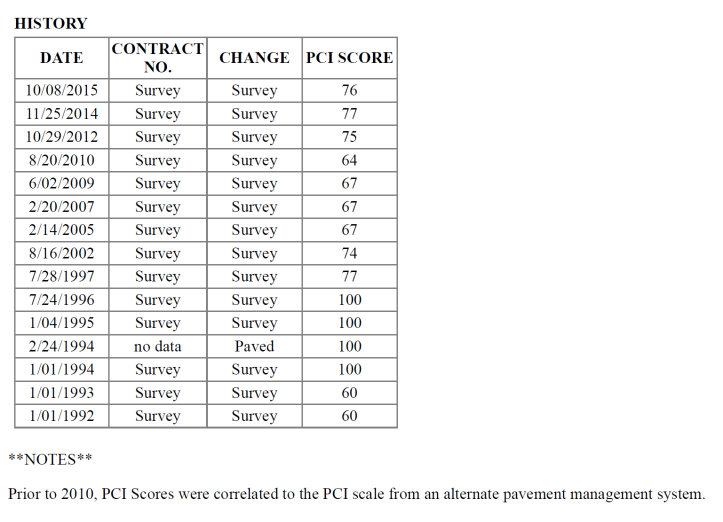 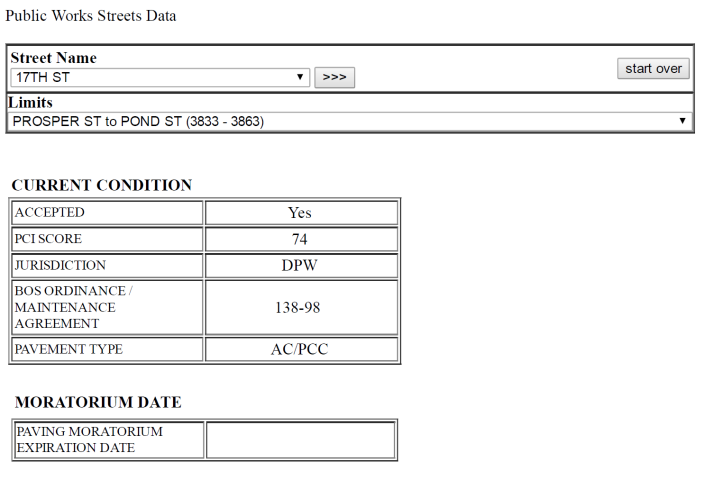 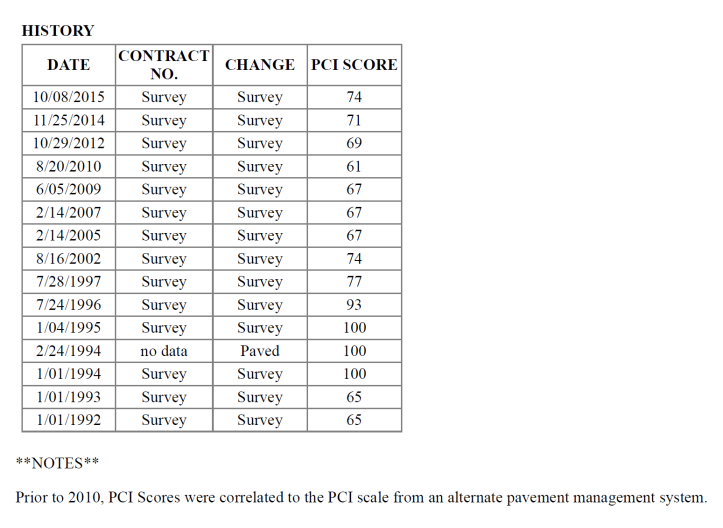 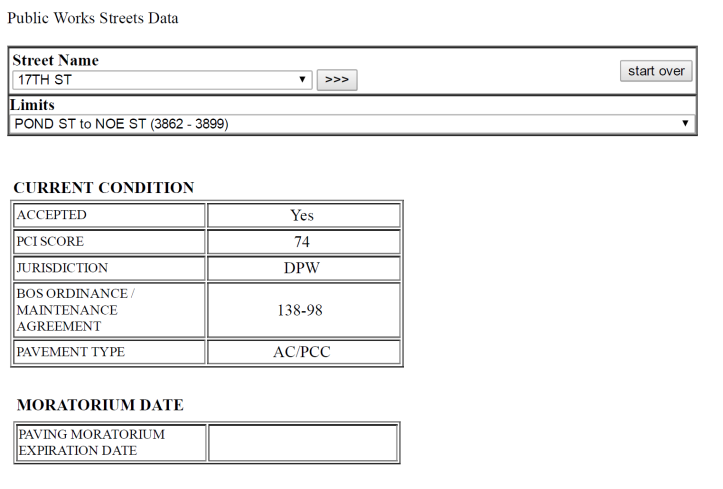 I look at that data and can only wonder how a road goes from really bad to practically brand new overnight with no intervention. That’s one hell of a rounding error! In any case drive safely and appreciate a good well maintained roadway.

Update: April 6, 2017: As mentioned above this is a big issue statewide. Lots of discussion in the press including this wonderfully honest comment from Governor Brown.